In the Bridge settings of the Cloud web interface, this utilisation can be displayed graphically over time under the tab “Metrics” in the “Storage” area.

Normally, the utilisation of the buffer should show a horizontal “line” that should be below 50 GByte. 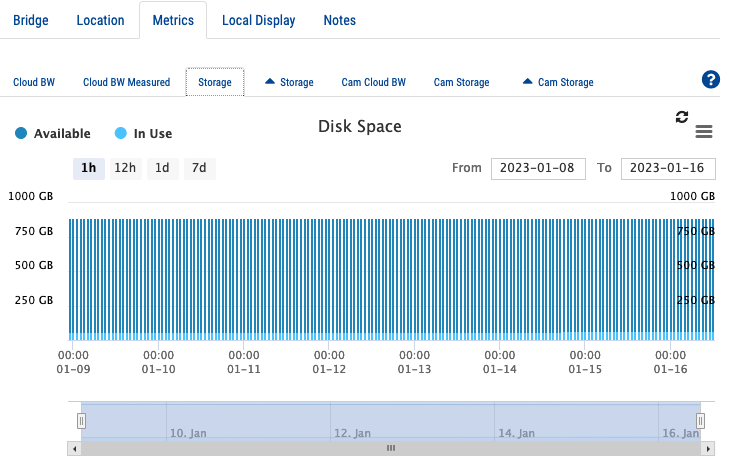 The screenshot below shows an unusual buffer load, which clearly indicates that too much data is being buffered. A clearer sign that too much data is being produced by the cameras and cannot be synchronised with the cloud. In this case, reduce the data, check the system for the number of false alarms per camera (e.g. Installer Tool) and consider that a change does not lead to an immediate reduction of the buffer and that this takes some time (depending on the available upload bandwidth). 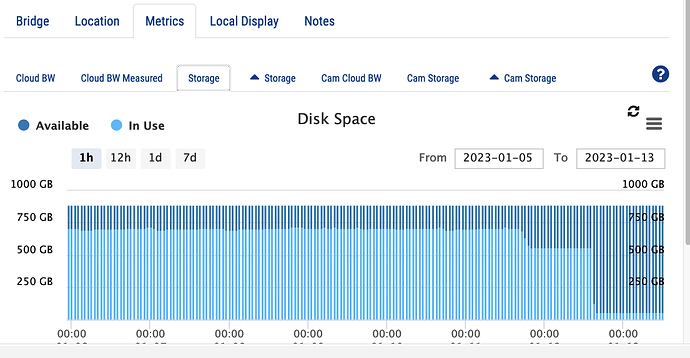